This year at SQLBits I was asked early Friday afternoon if I would put my name forward for the lightning talks. As a helper for 8 years I wanted to be helpful and agreed stating I had no laptop, access to material or pre-prepared slides. I quickly thought of the only topic I could reasonably cover with very little preparation, that being ‘how I became a doctor’.  As a first-time speaker it was quite daunting to stand up in front of lots of people. Without slides you have nothing to distract the attendees, at the session, from watching you.

I received a mail late afternoon confirming I had been chosen to present. I was originally down to room monitor another session at the same time. This resulted in my frantic search to find another helper who would swap room monitoring sessions. Luckily another helper kindly agreed.
Friday evening, knowing I had to get up early Saturday morning to help and monitor a few sessions, it left no time to prepare. I left the party early Friday evening to pack and to write some semblance of order for a 5 minute presentations.

I felt quite embarrassed to speak alongside others who had prepared slides, those who had presented before or those who had given lightning talks before. I was surprised with the first run though live I finished 10 seconds early, thus keeping to the strict 5 minute time limit. 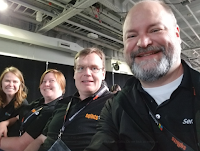 After the end of the presentation the judges gave their constructive feedback to the room. I knew before they provided feedback that the lack of slides and laptop was against me obtaining great feedback. As another lightning speaker said, this was all a very daunting experience for a first-time speaker and wouldn’t encourage new speakers.

I would say standing on the stage takes courage and all the lightning talk presenters should be proud they did it. Now after returning home after a very exhilarating and exhausting week of helping, learning and networking, I have created the set of slides  for the presentation in case anyone wanted more information. 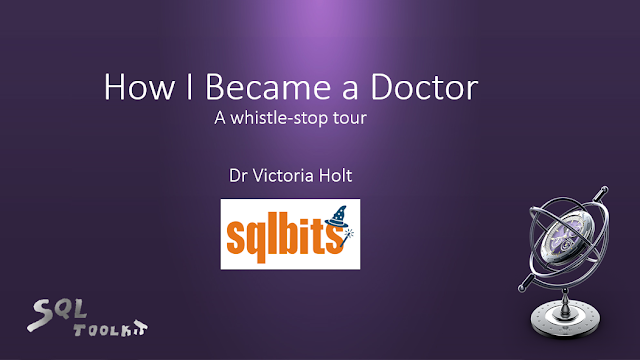 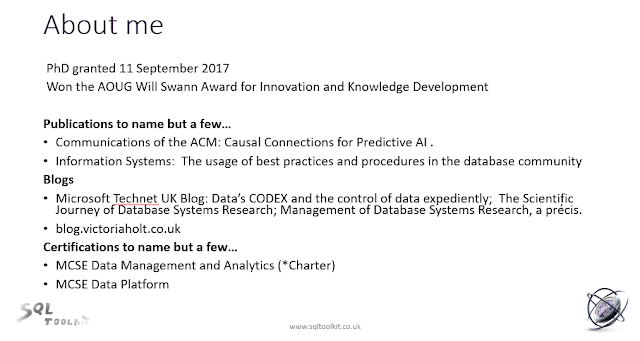 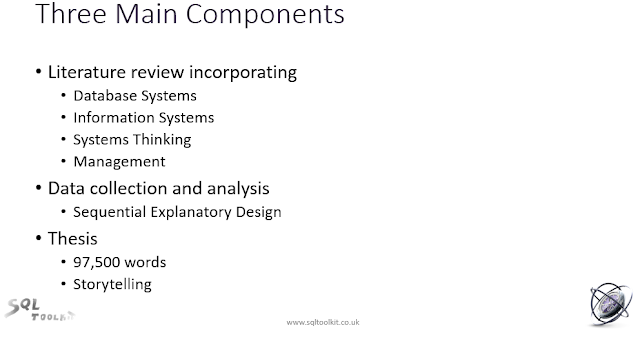 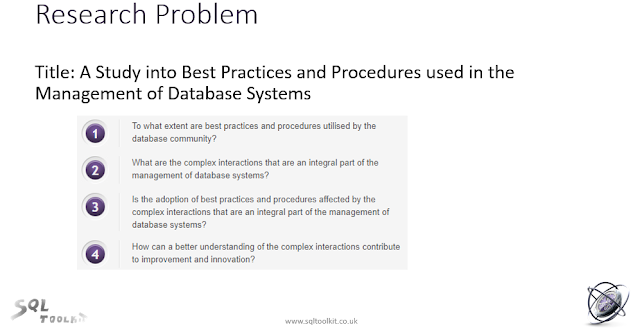 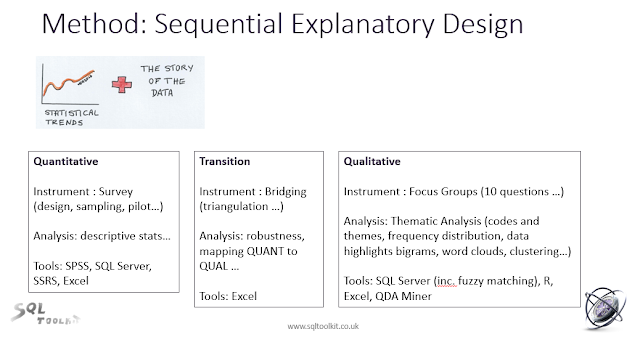 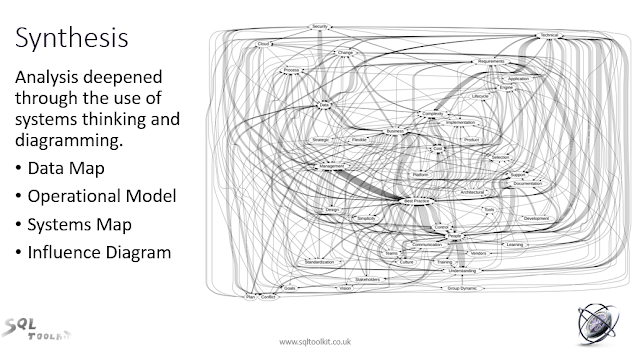 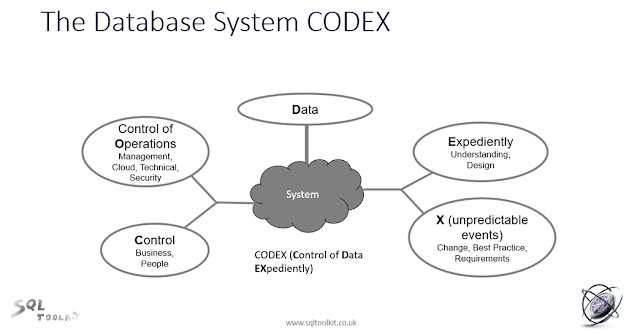 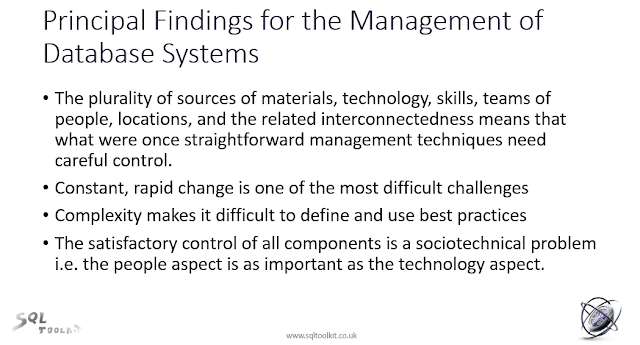 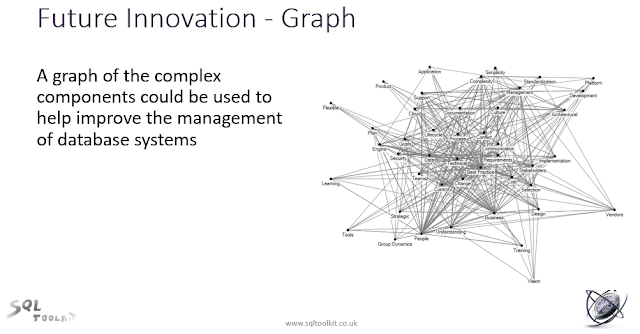 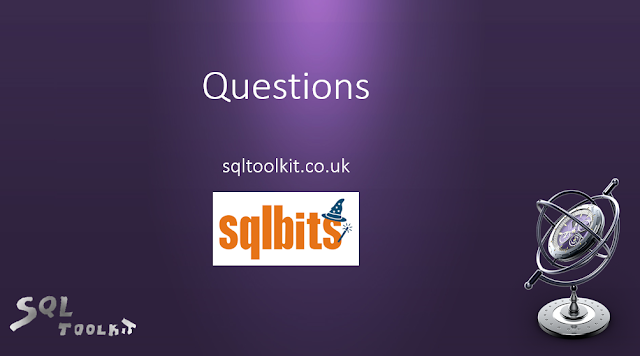 Posted by Victoria Holt at 21:19 No comments:

If you enjoyed SQLBits come to SQLRelay in October 8-12. We are visiting 5 venues around the UK. More details will follow in due course. We look forward to seeing you there, 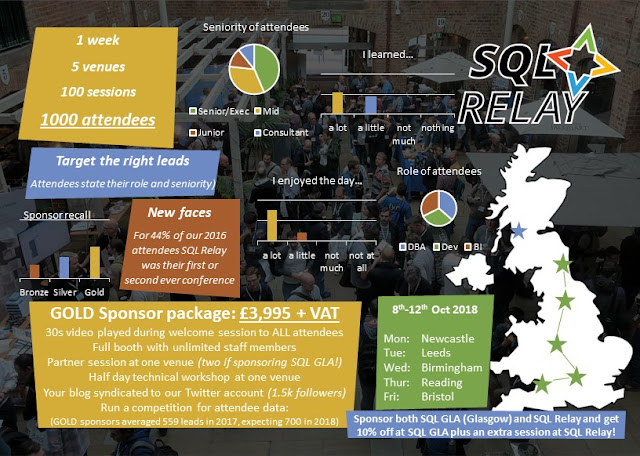 Posted by Victoria Holt at 11:42 No comments:

There is an Azure Cosmos DB Technical Training Series available to sign up for. It has 7 parts covering a range of topics including a technical deep dive.


The training series has interactive Q&A throughout.

Posted by Victoria Holt at 10:26 No comments:

SQLBits 2018 The Magic of Data

It is nearly time for the 2018 edition of SQLBits. The four day conference is at Olympia, London. It is the leading data professional conference in Europe. It offers the op3portunity to learn, network, develop and share your data knowledge. There is a great shift in the provision of data management allowing operational and predictive insight and embedded AI on any platform. This conference offers attendees the chance to experience new paradigms and to access an array data related events.
The conference has grown from strength to strength over the years and it is privilege to be a conference helper for an 8th year.

Posted by Victoria Holt at 10:26 No comments:

Introduction to Splunk for operational intelligence 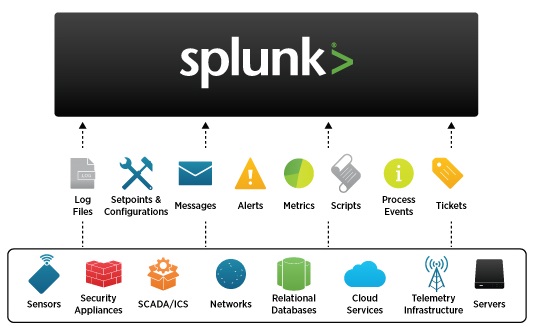 Machine data can intersect with and improve human lives. A summary is in this video

Splunk, a software platform, has the capability to leverage machine data for data management and analytics.  It can be used for

and an overview of Splunk. 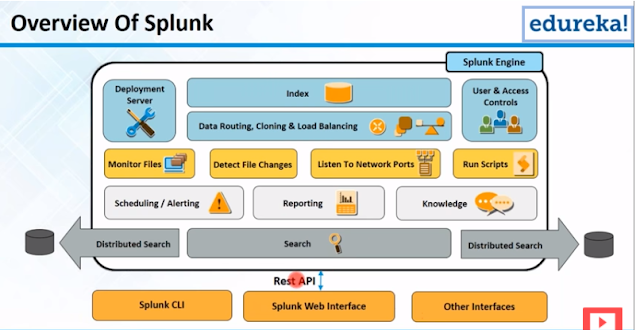 Posted by Victoria Holt at 22:10 No comments:

Andy Mallon has created a new version of his very useful cheat sheet of shortcuts for SQL Operations Studio. You can download the new version here. 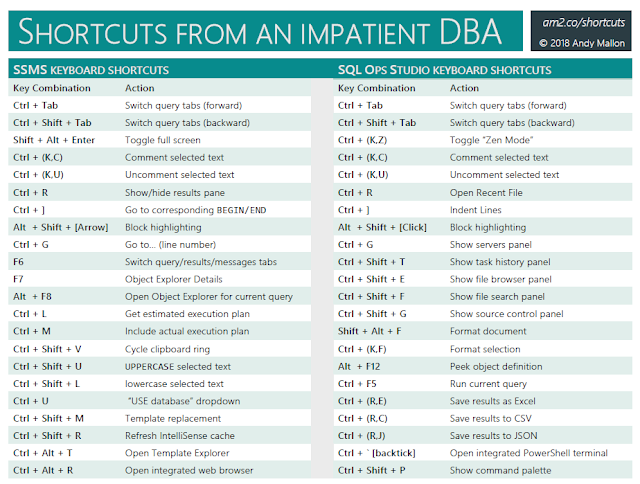 Posted by Victoria Holt at 21:11 No comments: