Yesterday was my first AWS Summit at ICC London, ExCeL. The event was much larger than I thought. On arrival I had to queue for over 25 minutes to get into ICC London. Then had to queue again to collect the registration badge, then had to go to another room to be security checked. 45 minutes later managed to get a seat in the keynote which had already started. 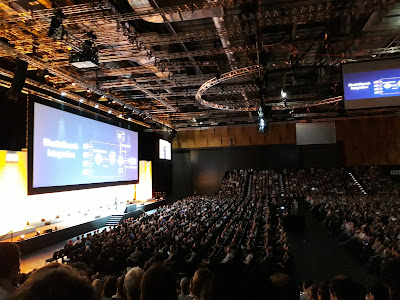 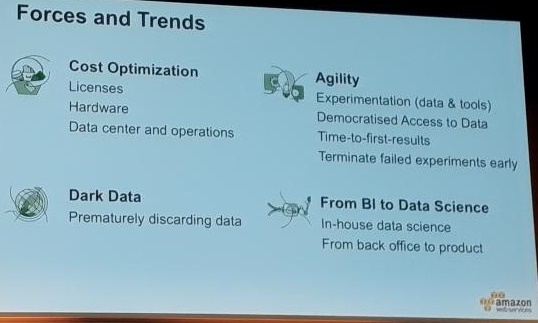 Migrating Data to and from AWS

When migrating databases to AWS you can backup your SQLServer database and restore the backup file to AWS RDS or EC2. The migration steps 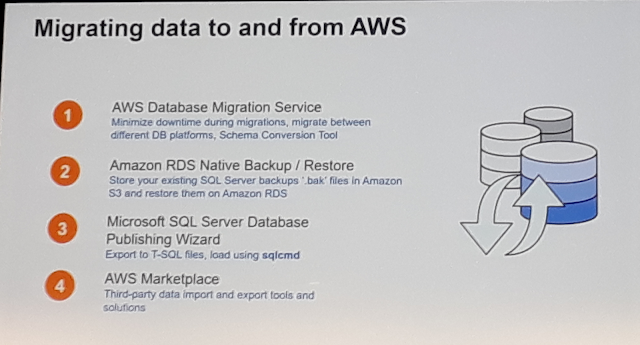 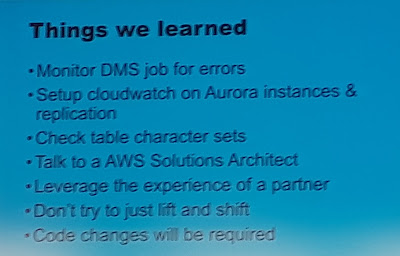 There were various things to learn from the migration. 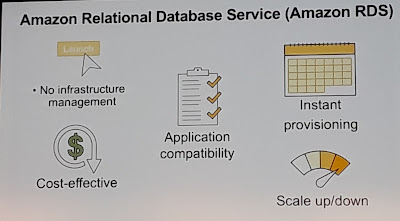 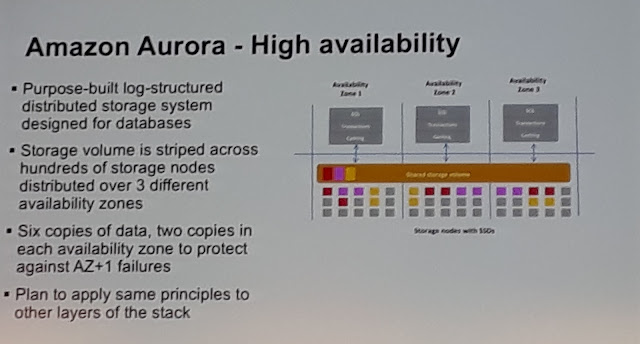 There are various Analytics services such as 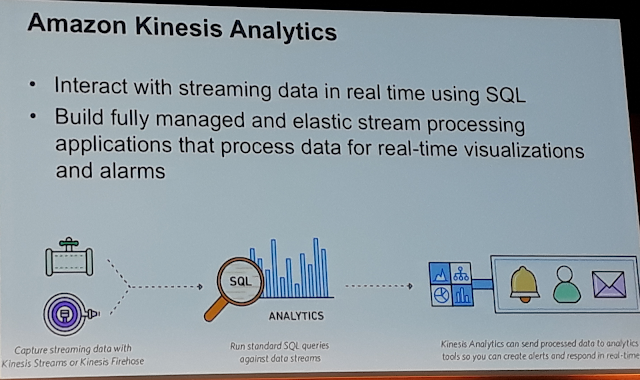 
AWS was called the centre of gravity for AI. 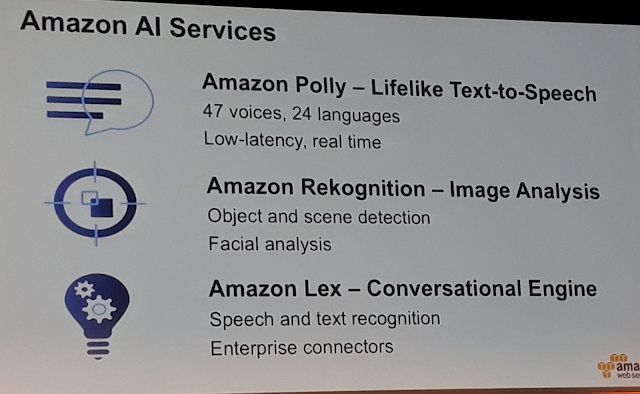 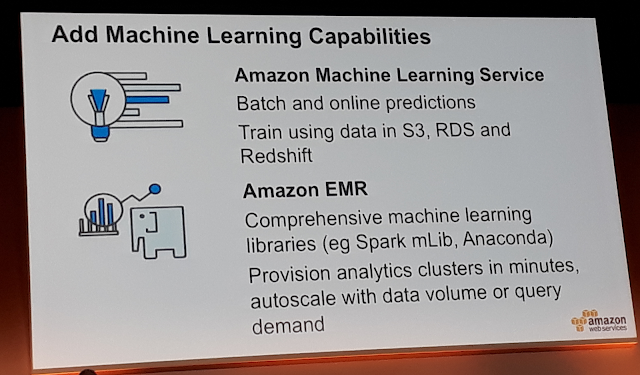